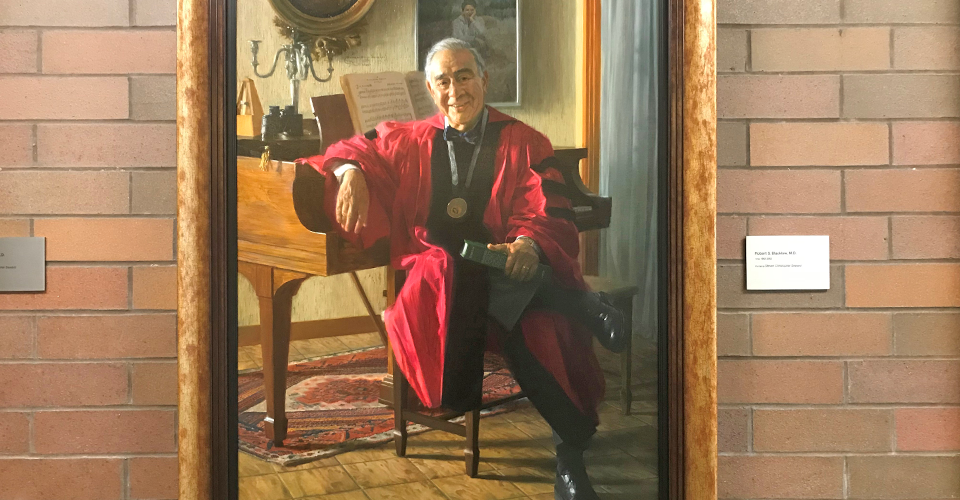 Robert S. Blacklow, M.D., was announced as the new dean and president of NEOMED (then NEOUCOM)  on July 1, 1992. His experience and vision helped to quickly prove he was the right person to lead the University towards a new era.

After arriving from Jefferson Medical College of Thomas Jefferson University in Philadelphia, where he served as senior associate dean and professor of medicine, Dr. Blacklow reaffirmed NEOMED’s commitment to develop qualified physicians who were oriented to the practice of medicine at the community level, with an emphasis on primary care. But he also viewed areas where improvement was a necessity – specifically, the recruitment and retention of minority and socially disadvantaged students.

Earlier in his career, Dr. Blacklow had spent a decade serving as the director of the Harvard Medical School (from which he graduated in the class of 1959) Health Careers Summer Program for Minority Students. Drawing upon this experience, he made diversifying the students and faculty a priority by including it in his written goals to the State of Ohio. These goals included requiring graduates to be sensitive to cultural and social values, as well as a requirement that all major racial, cultural and ethnic groups be represented among students, faculty and staff.

Later in his tenure, Dr. Blacklow hired Kenneth Durgens, Ed.D., as assistant to the president for minority affairs and affirmative action, with a role of attracting qualified underrepresented minority students to NEOMED.

Dr. Blacklow also envisioned a greater connection to the community for the University. He began emphasizing the need for students and alumni to work in community clinics to provide primary and secondary care, as well as asking graduates to take leadership roles in the community on health care reform issues.

Ultimately, though, Dr. Blacklow saw his role as that of a diagnostician, as he stated in Silver Reflections: A History of the Northeastern Ohio Universities College of Medicine 1973-1998 by Margaret J. Neumann Dietz.

“To find out what the problems are, to seek the best help I can get for deciding options for treatment, and to institute that treatment,” said Dr. Blacklow. “My mission, my calling is to implement a philosophy of education which is a very integrated one. What I’ve tried to do, everywhere I’ve been, is to let people grow in that environment by setting the parameters for how they will grow.”