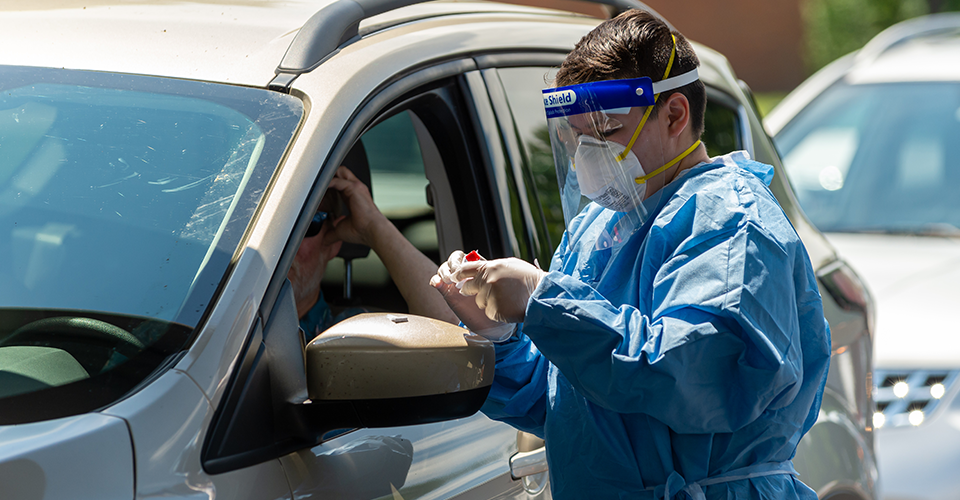 One Vehicle at a Time, More than 2,000 People Take Pop-Up COVID-19 Test at NEOMED

Last week, a total of 2,121 people were tested for COVID-19 at NEOMED’s pop-up testing site. By the second day, the number of testing lanes increased from two to five, due to the large turnout.

According to a recent Record-Courier article, most people who received tests were Portage County residents, but 36 percent of those tested were from different counties or states – including Florida, Missouri and Texas.

Information NEOMED has received indicates that the Portage County Health District will call those who test positive within 48-72 hours of their test date.

Others (including those with negative results or those who are positive but did not provide a phone number) will be notified by letter within approximately three to seven days from their test date.