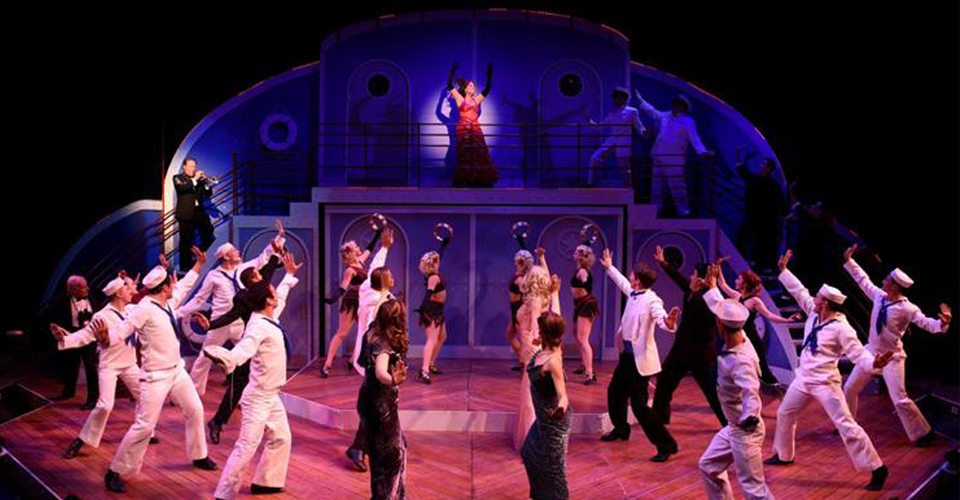 Brava to Sandra Emerick, Ed.D., who has been wowing audiences in the current production of Anything Goes at Kent State University’s Porthouse Theatre. NEOMED’s chief student affairs officer plays nightclub singer Reno Sweeney in the Cole Porter musical, which runs through June 30.

Critic Bob Abelman writes in the Lorain Morning Journal, “If several players seem familiar it is because Sandra Emerick and Eric van Baars are repeating their featured roles from 10 years ago, and the years have been very kind.

“Emerick’s Reno is just as brash and brassy as Sutton Foster’s portrayal, which won a Tony Award for Best Actress in the 2011 Broadway revival, and Emerick’s voice is as strong as when she last performed Reno on the Porthouse stage. Everything she does is impeccably timed, always interesting and in keeping with the embroidered presentation that goes with playing a character grounded in the world of 1930s musicals.”