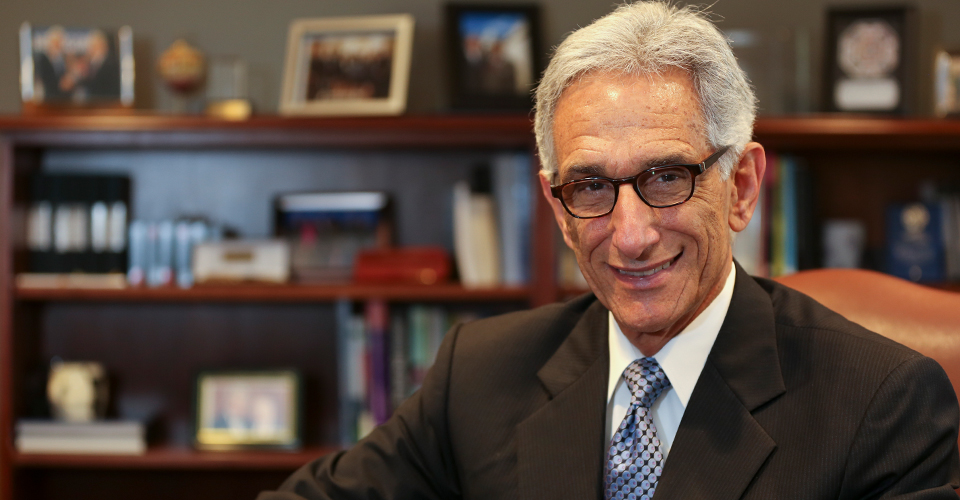 Congratulations to President Gershen on his election as the chair of the Inter-University Council of Ohio (IUC), which represents Ohio’s 14 public universities. Dr. Gershen is the first NEOMED leader to be voted (by the presidents of Ohio’s other public universities) to this position since the University became a member of IUC in 1984.

“It’s a credit to everybody who has worked here—the leadership in the past and the present. It gives us a seat at the head of the table and gives us representation. It’s a big honor,’’ said Dr. Gershen.

“In NEOMED’s early days, we had hoped that one day our involvement with the Inter-University Council (IUC-Ohio.org) would result in recognition by our peers that NEOMED was a full-fledged public university and academic health center with a mission to educate professional and graduate students. That day has now arrived,’’ said Rich Lewis, vice president of external affairs.

The IUC takes a leadership role in advocating for public policies of common concern to its member institutions. During Dr. Gershen’s tenure, the state of Ohio will elect a new Governor, appoint a new administration and develop the next biennial appropriations bill—a key point, since this bill will provide funding for NEOMED and other state universities over the next biennium, July 1, 2019-June 30, 2021.

The chairmanship begins in May. Normally it is a 12-month term, but Dr. Gershen will serve for 15 months, due to the upcoming retirement of the current chair, Ronald Berkman, Ph.D., president of Cleveland State University.