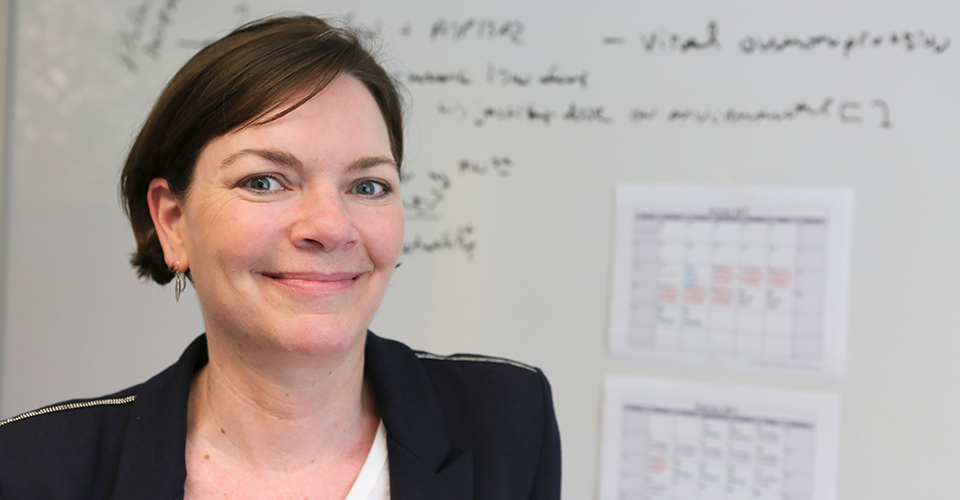 Congratulations to Sheila Fleming, Ph.D., on being awarded a major award from the Department of Defense to conduct research on the effect of exercise in Parkinson’s disease. Dr. Fleming is the partnering PI on the grant with initiating PI Caryl Sortwell, Ph.D., of Michigan State University. The two researchers on this partnering grant will essentially split the funding, amounting to approximately $1 million each, said Dr. Fleming, who is an assistant professor of pharmaceutical sciences at Northeast Ohio Medical University.

As announced by the Office of Research and Sponsored Programs, Dr. Fleming’s award from the U.S. Army Medical Research Acquisition Activity is for $954,566 from 9/15/2019 – 9/14/2022 for her project titled “Exercise Effects on Synuclein Aggregation, Neuroinflammation, and Neurodegeneration.”

Research suggests that Parkinson’s disease pathology progresses from the back of the brain to the front and that early non-motor symptoms such as anxiety, depression and cognitive impairments may be related to this pathology. Dr. Fleming’s research project will look at the effect of exercise on both motor and non-motor function and determine whether exercise can prevent or delay symptoms that show up early or when neurodegeneration has already started.

By the time symptoms are pronounced enough that patients visit a clinic, they’ve typically already lost at least 50% of their dopamine neurons, says Dr. Fleming.

“Slowing the progression of the disease could have a huge benefit, especially since patients aren’t usually diagnosed until between 50 and 60 years of age. So, if you could slow it, that could have a potentially huge impact on patients,” she explains.

Read more about the Woll family’s ongoing support of neurodegenerative research at NEOMED.