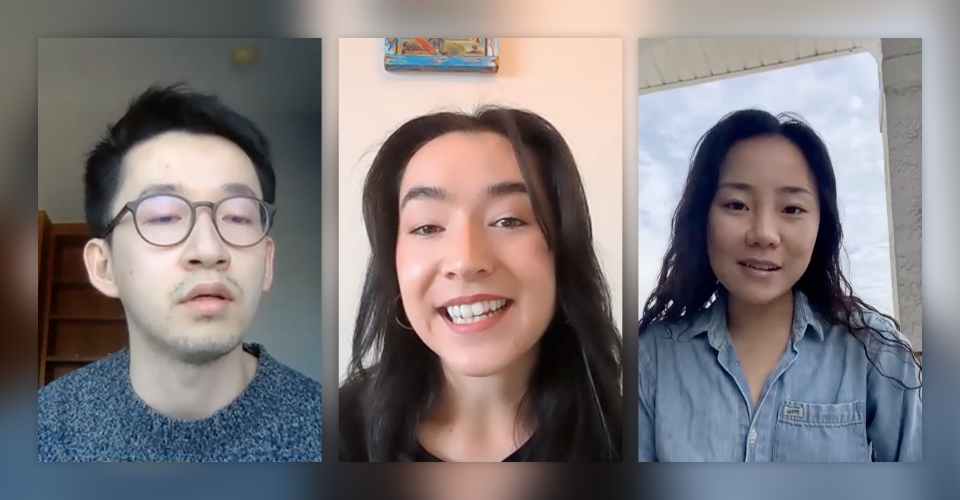 “If we've ever needed poetry, it has been in this year, one marked by isolation, uncertainty, loss, fear and boredom – and yet, still somehow punctuated by flashes of joy, happiness and gratitude.” So said Rachel Bracken, Ph. D., assistant professor in the Department of Family and Community Medicine in the College of Medicine, to attendees gathered virtually for the William Carlos Williams Poetry Competition Awards Ceremony held Friday, April 23.

Standing out to the judges among the 400-plus entries received this year from medical students across North America for NEOMED’s annual poetry competition was “Mass Effect” by Steven Pan, a second-year student at Weill Cornell Medical School in New York.

For the ceremony, Pan read the group another of his poems – one that reflects on the uptick in violence in the Asian-American community, the ongoing COVID-19 pandemic, and the current status of race in America.

Under ordinary circumstances, NEOMED brings the three top prize winners to campus to read their poems at the awards ceremony. Due to COVID-19, this year’s winners participated virtually – as did the first-year College of Medicine students who traditionally attend as part of the four-year Patient, Physician and Community curriculum.

The featured speaker, NEOMED alumnus and former Ohio Poet Laureate Amit Majmudar, M.D. (’03), recalled his own experience with the competition by reading “Subtle Anatomy,” a poem that he entered while a student in the College of Medicine. The poem addresses human anatomy in metaphysical terms. The diagnostic nuclear radiologist also read from works that discuss a pandemic.

One piece that seemed to be especially moving for the attendees of the event was “Dothead,” a poem (from Dr. Majmudar’s collection by the same title) that exposes his feelings about growing up in the Cleveland suburbs as the son of immigrants of Indian descent.

President Langell opened the event by noting a few highlights about the contest’s namesake, William Carlos Williams, who practiced general medicine for 40 years in Rutherford, New Jersey. The winner of the first United States National Book Award for poetry, Dr. Williams was named consultant in poetry to the Library of Congress in Washington, D.C., and awarded the Pulitzer Prize.

Founded in 1982, in NEOMED’s early years, the William Carlos William Poetry Competition is sponsored by the Department of Family and Community Medicine. The Wick Poetry Center, at partner school Kent State University, provides the contest’s judges each year.

The top three prize-winning poets receive a monetary award and their poems are considered for publication in the Journal of Medical Humanities.