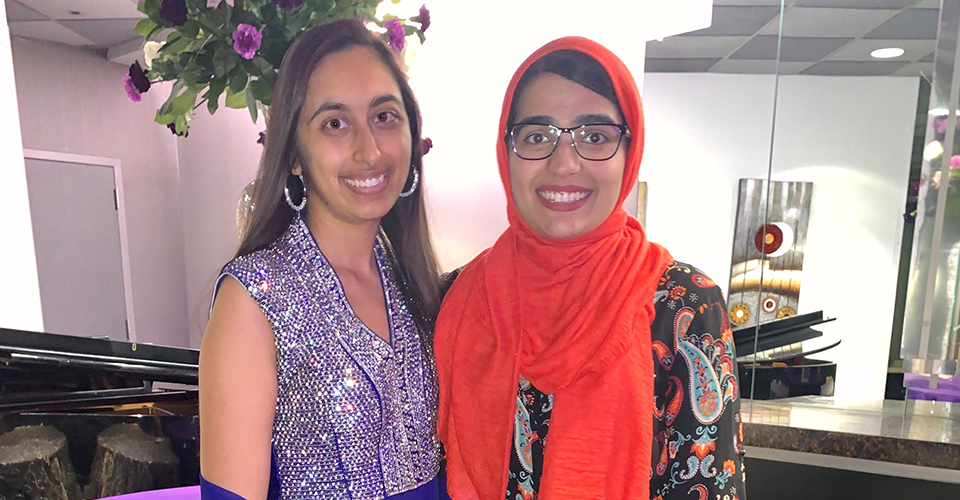 Congratulations to third-year College of Medicine student Sheela Vaswani (pictured on left), who placed second in the clinical research category of the 36th Annual Gala and Research Showcase hosted by the Association of Indian Physicians of Northern Ohio (AIPNO) in Cleveland, Ohio.

Vaswani’s research is on Ketamine, which was recently FDA approved earlier this year in March for treatment resistant depression. She studied how Ketamine’s effect varied between males and females as well as its rapid onset in decreasing depressive symptoms and suicidal ideation.

“This was a very enriching event for NEOMED students as we were able to interact and speak with many physicians from different hospitals in Northern Ohio,” says Mansoor. AIPNO is a nonprofit founded in 1983 and has more than 300 physician members.