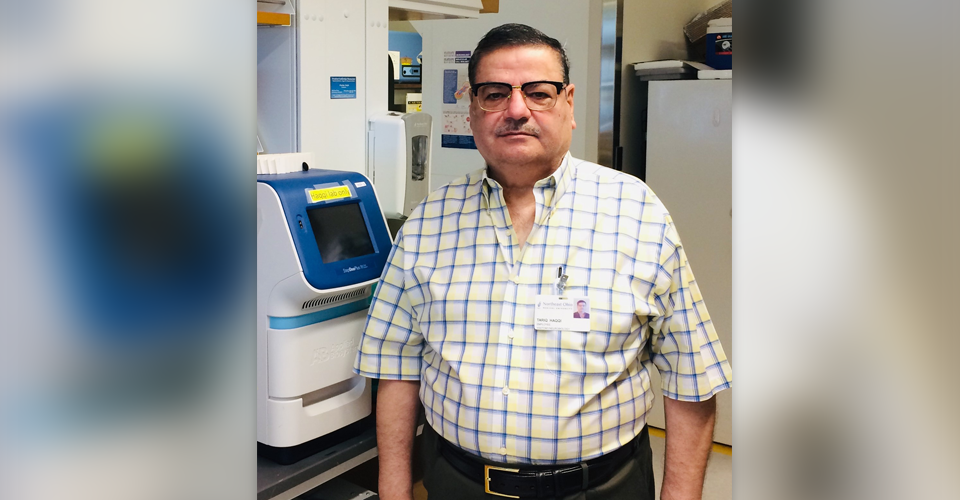 Congratulations to Tariq Haqqi, Ph.D., a professor in the Department of Anatomy and Neurobiology, on receiving funding from the National Institute on Aging/National Institutes of Health to support research related to Alzheimer’s disease.

The funding of this research study, titled “Mechanism of ZCCHC6 Regulation of Mitochondrial Dysfunction In Alzheimer's Disease,” by the NIA is especially significant as it represents a new direction for his lab, says Dr. Haqqi. He notes, “The results of this study would likely have a major impact on AD research focused on  designing novel preventive and/or therapeutic strategies.” Drs. Christine Crish, Mohammad Ansari, and Sheila Fleming of NEOMED and Xiongwei Zhu, Ph.D., of Case Western Reserve University, are the co-investigators of this project.

Mitochondrial dysfunction is an early prominent feature in the brain of patients with Alzheimer's disease (AD), which likely plays a critical role in AD pathogenesis. Mitochondria are dynamic organelles that undergo continual fission and fusion events. Recent advances made in different laboratories indicate that excessive mitochondrial fission is associated with functional defects and is implicated in multiple human diseases including AD. Oxidative stress is caused by increased production of free oxygen radicals in the cell and has been recognized as a contributing factor in aging and in the progression of AD. It is believed that increased production of reactive oxygen species (ROS) and disease-dependent loss of mitochondrial function are likely causally involved in loss of hippocampal neuronal function in AD. However, molecular mechanisms underlying oxidative stress-induced abnormal mitochondrial dynamics are yet to be fully determined.

Importantly, we discovered that oxidative stress in brain cells induce the expression of a novel gene ZCCHC6 which has been shown by us, and others, to uridylate miRNAs rendering them ineffective in regulating gene expression. In this project we will characterize in detail the causal role of aberrant ZCCHC6 expression in mediating oxidative stress-induced mitochondrial fragmentation in neurons in vitro and the impact of in vivo depletion of Zcchc6 in two preclinical models on the development of AD and cognitive impairment.

Our findings will allow us to understand the biological and clinical relevance of oxidative stress-induced upregulation of Zcchc6 and regulation of signature genes associated with mitochondrial impairment and fission in AD.