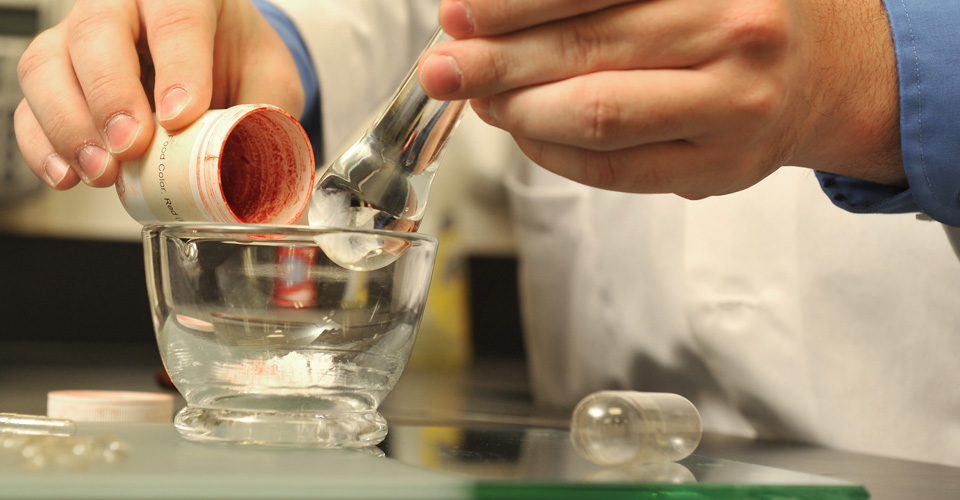 What is a food that doesn’t look like dinner?

No, this isn’t a riddle. We’re talking about a new treatment called medical foods that falls in a category between diet (food) and pharmaceutical treatments (drugs).

In most cases, medical foods wouldn’t be prescribed instead of a pharmaceutical but as an adjunct to an already established treatment, says Sheila Fleming, Ph.D., who joined NEOMED in April as assistant professor of pharmaceutical sciences and is helping grow the university’s neurodegenerative disease and aging research focus area.

One aspect of Dr. Fleming’s research is to evaluate the “therapeutic potential of dietary interventions on specific Parkinson’s disease pathology and behavior impairments in a genetic mouse model of the disorder.” In other words, Dr. Fleming is using mice as the first step to test if certain types of diets could help improve brain function in humans who have Parkinson’s disease.

We asked Dr. Fleming to help us sort out the facts about medical foods and their potential.

Q. What is a medical food?

A. The Food & Drug Administration (FDA) says that a medical food is “formulated to be consumed or administered enterally under the supervision of a physician.’’ In other words, it can be consumed either in the form of a pill or a powder that the patient drinks, or else administered through a feeding tube that delivers the nutrients to the gut. A medical food’s purpose is to manage specific nutritional requirements of a patient with a disease or condition that the physician has evaluated.

Q. Give us an example: When would a medical food be used?

A. The time to prescribe medical foods instead of pharmaceuticals as a treatment is when a patient, because of their disease, cannot ingest or absorb certain nutrients by diet alone.

In other words, a physician might prescribe a medical food if the patient had an impaired ability to process nutrients from food, or if there were a specific nutrient deficiency in their condition or disease that could not be helped by altering the diet alone.

Q. Does the FDA consider medical foods in the same category as other drugs?

A. Medical foods are different from other drugs because they do not have to be approved by the FDA, although they do have to follow strict FDA guidelines.

Q. How would you compare medical foods with supplements?

A. Medical foods are different from supplements in that they are composed of not only the needed nutrient(s) that the disease alters but are also nutritionally complete, meaning they can serve as the patient’s only source of food. A medical food is prescribed and monitored by a physician and should not be confused with non-prescription supplements that can be purchased without a doctor’s oversight.

A. Possibly. For neurodegenerative diseases, like Parkinson’s or Alzheimer’s, medical foods could target inflammation, the breakdown of proteins, or energy production—three problems associated with these diseases. The medical food would have an ingredient(s) to specifically act on one or more of these defects. This would need to be thoroughly tested to show that the key components in the medical food actually get into the brain and act on the intended target.

It’s important to look at the science that supports the use of a specific medical food, just as you would for any drug therapy. There need to be rigorous trials to determine the effectiveness of medical foods, and numerous clinical trials affiliated with the National Institutes of Health are in the works right now.

Since there are currently no treatments to slow down the progression of diseases such as Parkinson’s and Alzheimer’s disease, patients may be more willing to take a risk on non-science-based approaches. It is key for patients and their families to be accurately informed.